The Guvnor TERRY FARLEY Jan 31st in a pub in Dorset

Posted on January 17, 2015 by holdtightboogie 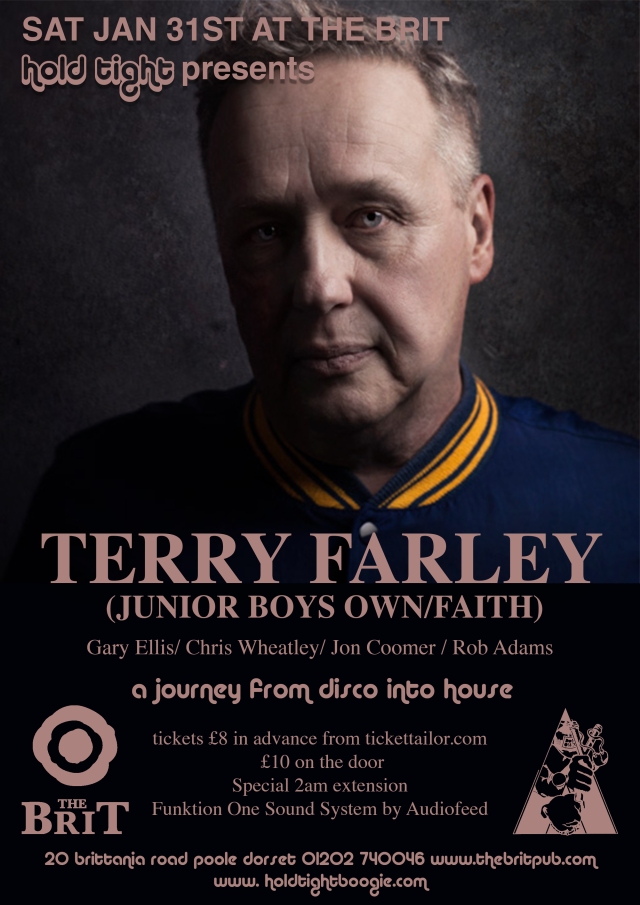 Ok so we are known for our disco, and the less educated think this man is known for his House, and you would be right, but being the man behind the legendary HAPPY DAYS compilations and a veteran of the Jazz-Funk Disco scene we had to get him down…

After the massive successes of our parties including Horse Meat Disco & Paul Trouble Anderson Terry Farley has agreed to come down to our little pub and spin a selection going through from Disco to Jazz Funk to House……in the back room, on an oversized Function One sound system…..as we do.

Joining him behind the decks will be: