Hold Tight – Some Of Our Favourite Sounds!

Posted on November 3, 2014 by holdtightboogieadmin 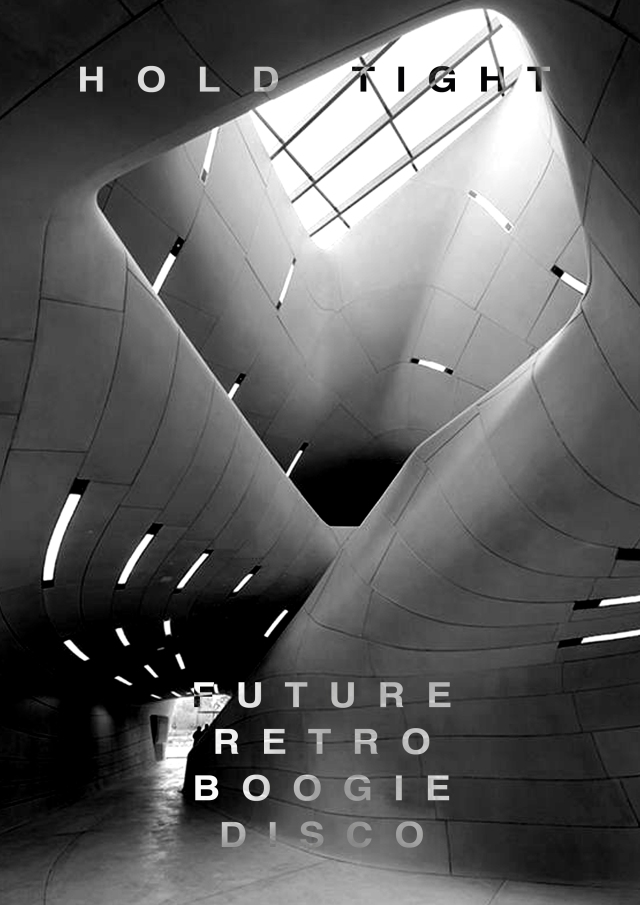 It’s been 7 months since Gary and Chris kicked off Hold Tight, the weekly event at Bournemouth’s Ink Bar has now moved to a monthly shindig at The Brit pub in Ashley Cross Parkstone and we’ve fitted in just fine, it’s about time we wrote a blog entry on some of the killer tunes that have graced the Hold Tight Sound System during this nascent stage.

This is a tough one, so much good music released over the years, be it Party Funk tracks from the mid 70s to Paradise Garage classics, right through to stripped down early 80s Boogie Business and finally some up to date polished edits which lean heavily on all of the above.

For this entry, we’ve chunked down our musical window to the early/mid-80s, a time of metamorphosis, Disco had packed its bags and walked out the door, the record labels were licking their wounds after throwing millions during Disco’s period of excess, budgets were tighter, less money spent on marketing, production and pretty much across the board, how did the labels and their producers overcome this…..enter stage left….Technology!

This was a huge shift in the way that music was produced, 20 to 30 piece orchestra’s were no longer required (label bosses loved that cost reduction), now producers were snapping up synths and drum machines which were readily available and pulling together tracks on a shoestring budget.

The Oberheim DMX Drum Machine, Roland D-50, Jupiter 8 and Yamaha DX-7 Synthesizers were several of the new products that producers embraced, this new electronic sound was the sound of the clued-up dancefloor, whether it be a hot, sweaty New York club or a cutting edge London gathering, this music was here to stay and in some shape or form has remained so for many years….

Now, back to the topic in hand, which 5 tracks to choose, some of these you’ll know, some you won’t, have a listen and enjoy!

This is a big Gary Ellis tune, smooth mid 80s Soul, silky, have a listen, you’ll know what I mean, prior to this track The Controllers were around for a while, they rode the Disco Funk train with tracks released on TK Disco and it’s subsidiaries, they disappeared for 5 years and came back with a bang, signing to major label MCA and releasing over 5 albums. This was one of the bigger tracks during their second bite of the musical cherry, fellas don your pastel blue jacket and white espadrilles and ladies throw on your leotards and leg-warmers and have a listen.

Kano – Can’t Hold Back Your Loving

Ahhh, the Italo Sound, fully embracing the fruits that were born from the advance of technology, if you never heard this track before, it could easily be mistaken for a Nile Rodgers Chic track. Kano were part of the post Disco scene, combining R&B, Disco and Funk whilst fusing it together with synthesizers, they loved a vocoder too, this track was definitely more commercial sounding, with a catchy vocal and a slick synth groove, whilst you are here, definitely seek out their other material off the ‘New York Cake’ album, pure gold.

Unlimited Touch – In the Middle

If I could sum this up, I’d say it was ‘Choice Disco’, it has it all, the catchy vocal, the bassline to make you move, very dancefloor friendly. Unlimited Touch were signed to the legendary New York label Prelude with Crown Heights Affairs Raymond Reid and William Anderson credited as putting together the group. Did they realise their full potential, I’d say no, their killer 1st track and big Norman Jay favourite ‘I Hear Music in the Streets’ (‘In the Middle’ was on the b-side), set them on their way, however the follow-up singles never hit the spot, after two albums (they had a 2 year gap between each album due to management label disputes), the group bubbled under and never resurfaced….

Cerrone – Hooked on You

Now we are talking, earlier in the article I spoke about the metamorphosis between Disco and the explosion of electronic music, this is a good example. This track is hard to find on 12”, copies tend to go for 100 english pounds, a killer cut. Cerrone was no stranger to electronic music, he was already ahead of the game and had been championing this sound from the mid-70s. He was a French Disco drummer, composer, record producer, and already had 6 albums to his name (this cut was on the 7th). For this album, he roped in Jocelyn Brown, already a seasoned session singer and starting to make a name for herself in her own right, sizzling vocal and spot on instrumentation, for sure. With the Nu-disco/Re-edit scene gathering pace, this track has had several modern makeovers by up and coming producers, although the original has definitely stood the test of time.

Salsoul, what a label, they were also looking for new acts to help bridge that gap from big Disco productions to the burgeoning electronic music scene, Inner Life fitted into the mould perfectly. They were a club oriented studio project group, several producers were involved along with seasoned session singers, they were originally signed to Prelude, then jumped ship in 1981 to Salsoul, a number of their tracks are considered classics of the genre and kept legendary dancefloors such as the Paradise Garage fully pumped. This track is very friendly for the DJs, nice beat at the start, a catchy piano line throughout and Jocelyn Brown belts out the vocal once again (she featured on so many killer tracks during this era), have a browse for their other tracks too, Inner Life perfectly sums up that early 80s sound.

We could have put down plenty more, the early 80s was such an exciting time for music, definitely worth taking the time to dig and further explore the music of this era. Thanks all for reading!

Hold Tight are on the road this month, come join us! Follow the Link for event details

Saturday November 29th – Hold Tight and The Brit presents Paul ‘Trouble’ Anderson – Tickets due to go on sale shortly, 5 pounds in advance and 8 pounds on the door, one not to be missed, this will be huge !!

Paul has recently played at the Southport Weekender and played a killer set, it’s not often he comes down to Dorset, so don’t miss this chance!!