Posted on August 14, 2014 by holdtightboogie 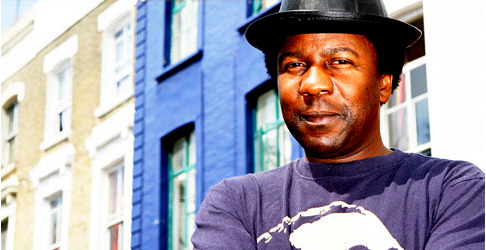 Last night, Saturday August 9th, in Parkstone, the one and only Marshall Jefferson Spun in a little pub to the most appreciating group of old house heads seen in the wessex area for years. To say it went off is an understatement. A huge underground success for The Random Acts Club to say the least, completely unprecedented. Backed up by Local Legends Bob Povey of Bump n Hustle, Bob Baker,  DJ Stormski & hosted by Mark Rush ‘Murray Walker’ Palmer the roof was most definitely on fire (and other cliches we can’t think of) so you have to ask yourself whats next?????

Well Bank Holiday Saturday August 23rd after the first day of Party In The Park This little pub The Brit welcomes none other than Norman Jay MBE.

House, Boogie, Disco, funk, hip-hop professor & aficionado, decorated by The Queen for his services to England, owner of the

Soul Funk Disco Boogie Jazz and relative groove type bunch of nutters
View all posts by holdtightboogie →
This entry was posted in Uncategorized. Bookmark the permalink.