The legendary Marshall Jefferson comes to The Brit Parkstone THIS SATURDAY!!!

Posted on July 1, 2014 by holdtightboogieadmin 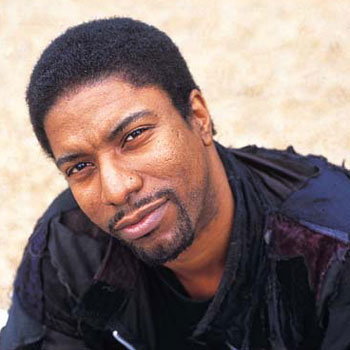 Saturday August 9th in a little pub in Parkstone, just outside Bournemouth, called The Brit something special is happening………. The Godfather of House Music himself Marshall Jefferson takes to the decks in the saloon bar for the start of what proves to be a bunch of intimate and legendary parties hosted by The Random Acts organisation. This is happening the night after this place sees Soul Legends The Real Thing in Concert and the names being banded around for the future means this is gonna be the start of history being made. If you want to attend then you can find the full details here https://www.facebook.com/events/1464595587115662/ Miss it and miss out peeps its gonna be bloody amazing! Marshall Jefferson Biog. Widely regarded as the Godfather of house music, it is unsurprising that Marshall’s “Move Your Body” is also dubbed as “The House Music Anthem”. Marshall Jefferson has accomplished so much more since that 1986 production, not the least of which was his production of the very 1st Acid House record with DJ Pierre; 1987′s class “Acid Tracks”, Which not only kick started 1988′s “Summer Of Love” but spearheaded the beginning of Rave culture as we know it. Also Marshall Jefferson is one of the central figures in the development of the House scene and was the headline act of the first House Music Tour of Europe in 1987. Along with producing DJ Pierre’s 1st record, the classic “Acid Tracks”, Marshall also produced Roy Davis Jr’s 1st record “Acid T “. Roy Davis Jr., legendary House act Ten City’s 1st record and 1st two LP’s, Lil Louis’ 1st record, legendary House/Pop Diva Kym Mazelle’s 1st record, and also began the careers of Felix Da Housecat. Initially inspired by rock music, Marshall began DJ’ing in 1982. He was employed by the Chicago Post Office at the time, which not only enabled him to buy all the latest releases, but he often bought 2 copies of everything. After building a massive record collection, Marshall decided to make records of his own. Aided by his Postal job and money earned from DJ’ing, Marshall bought a lot of now classic synths and drum machines and began making his own music. One big roadblock in the beginning was Marshall didn’t know how to play keyboards. However, aided by the then-new technology, Marshall was able to not only play all the keyboards on his productions, but he formed new genres of dance music. The piano-dominated “House Music Anthem” provided the framework for later big room Rave anthems; at the time Marshall was told there was no piano in House music thus “The House Music Anthem” wasn’t really House! Starting Kym Mazelle, Ce Ce Rogers, Sterling Void, and Ten City’s careers not only brought pop chart success, but also provided the template for classic vocal productions that followed. “It’s Alright”, a song written with Paris Brightledge and Sterling Void, hit #1 on the UK Pop charts twice, by Pet Shop Boys and Style Council respectively. Open Our Eyes, released on Big Beat in 1988, was a huge success; nowhere before had a producer been able to make such an emotional connection with the listener while maintaining the physical connection necessary for it to succeed on the dance floor. Juggling production and remix duties with a hectic touring schedule, Marshall also worked with mainstream acts such as Tom Tom Club, Duran Duran, Tom Jones, and Dusty Springfield. Marshall has DJ’d at world’s biggest raves and festivals, including Mayday and the Love Parade in Germany, The Exit Festival in Serbia, Street Parade in Switzerland, and was so good at Universe’s legendary Tribal Gatherings that he was made resident. Marshall also did the official Tribal Gathering mix compilation. The new millennium saw original production take a back seat as Marshall released several mix compilations, including 2001’s Welcome to The World Of Marshall Jefferson – A Testament to House Music, 2003’s Move Your Body: The Evolution of Chicago House and 2004’s Marshall Jefferson Presents The Foundations of House. Original releases, when they did drop, always fared well. Marshall’s collaboration with Serge Imhof on 69% was a defining release for the then relatively new label. Marshall teamed up with DJ Pierre once more to release Clap Your Hands (Everybody Dance) on the UK’s Essence Records. The following year Marshall appeared at London club Pacha as part of their “Fathers of House” events, a series celebrating house music’s heroes from past and present. His most recent productions have been featured productions on Ultra Records, with classic mixes by Benny Benassi and Frankie Knuckles, among others. Even after almost three decades in the industry, Marshall is still passionate about performing and we are very honoured for MJ as known to his friends come and do his thing! Supported by Djs Bob Povey Paul Moss Bob Baker (Cut La Funk) Vocals by Rusty Mc Tickets £10 in advance £12 on the door. Please call 01202 740046 or pop into The Brit to purchase! It Aint Nothing But A House Party The Random Acts Club x